Year 6 have started a Science Fiction focus in English, inspired by the novel, with a parallel universe theme, written by the local author Pam Bloom. The children have enjoyed investigating the topic of parallel universes, and, after reading a text on the case for the existence of UFOs, many children  demonstrated a great depth of knowledge. We have read and analysed extracts from The City of Gold and Lead by John Christopher and The War of the Worlds by H.G. Wells. Yesterday, the children performed freeze frames of the reaction of the crowd,  when the alien slowly emerged from the cylinder. 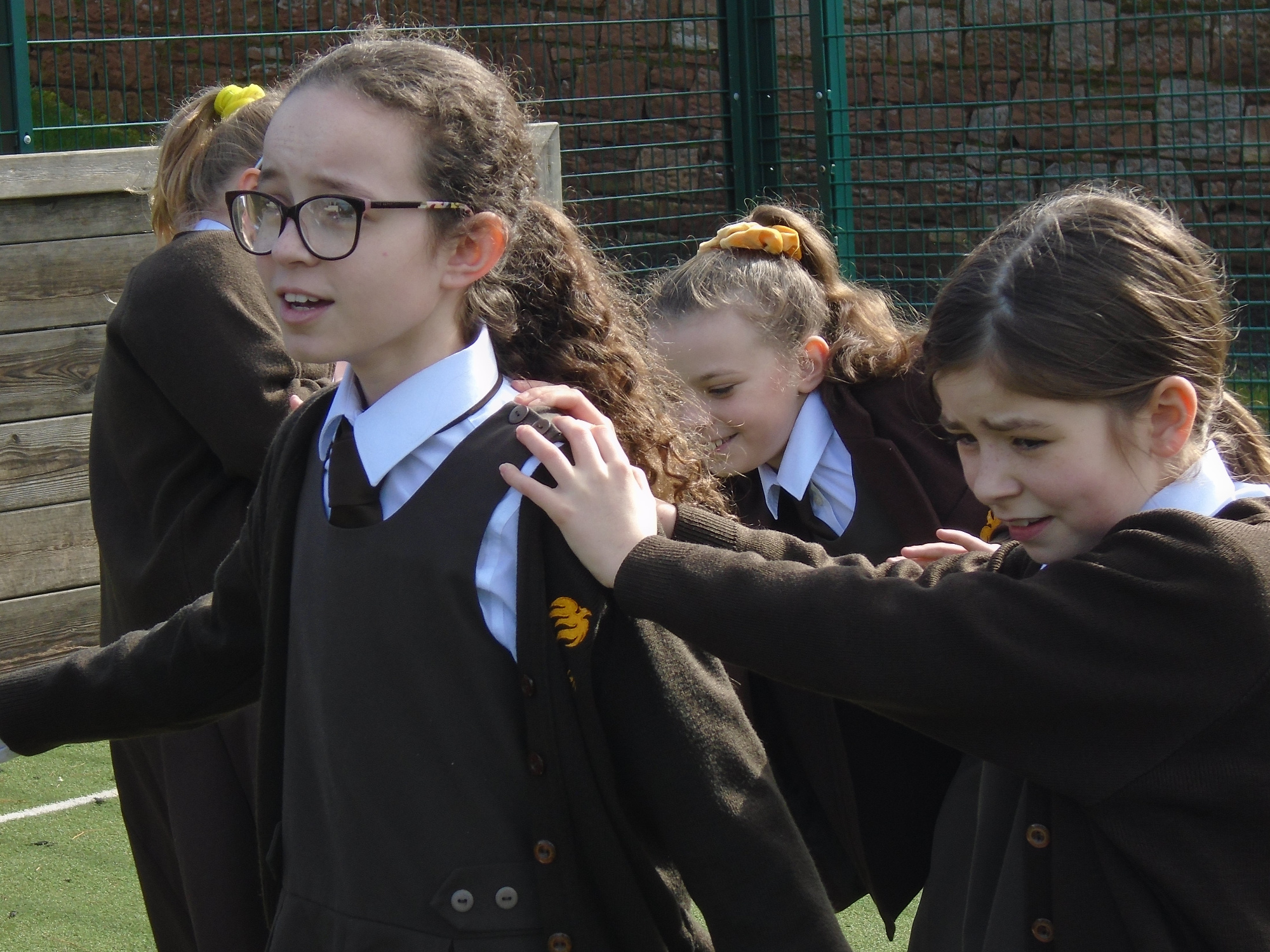 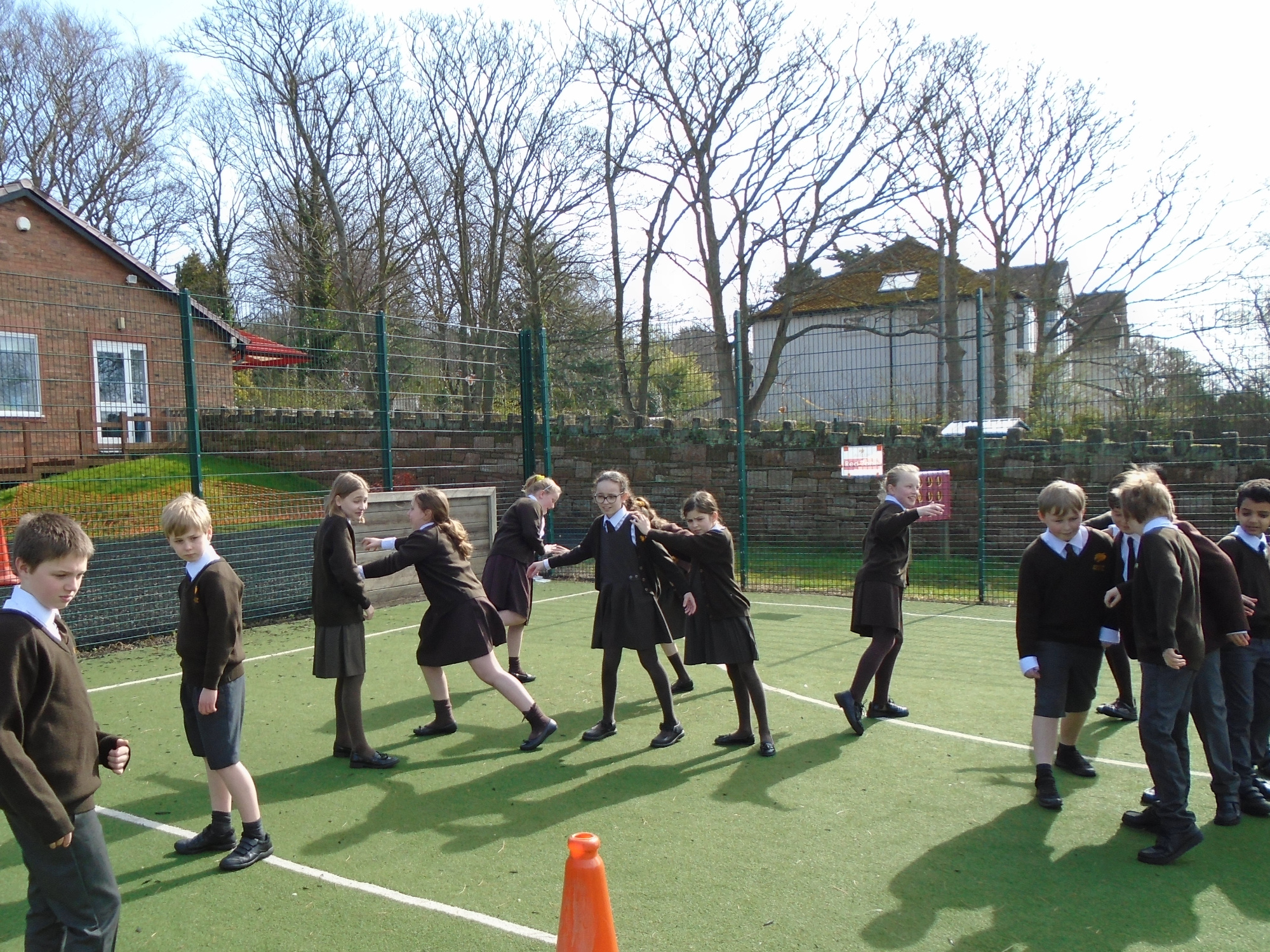 Year 6 have been working hard and with enthusiasm on our study of Boy by Roald Dahl. We used information from the first chapter to complete a fact file about Dahl’s family background before using Dahl’s earliest memories to have a discussion (followed by a short piece of writing) about our own early memories. Having analysed Dahl’s writing techniques describing the truly awful Mrs. Pratchett, the children then wrote their own descriptions of an imaginary person. The chapter on Dahl’s experience of being caned for heroically putting a dead mouse into a jar of gobstoppers, prompted a lively discussion on the issues of capital and corporal punishment. Different experiences of Roald Dahl’s childhood, the situations he found himself in and the adults he came across have also encouraged the children to explore topics such as: favourite holidays; literary comparisons; the use of metaphors; and the use of quotations to show evidence of appearance and character. The children in school enjoyed role playing their prediction of what might have happened next when Dahl’s pen nib broke during prep. In one Art lesson, we looked at the illustrations of Quentin Blake who illustrated many of Dahl’s books and the children made some excellent copies of some of his drawings. As you can see, Boy has enabled the children to immerse themselves in the early life of Dahl, learning much at the same time. 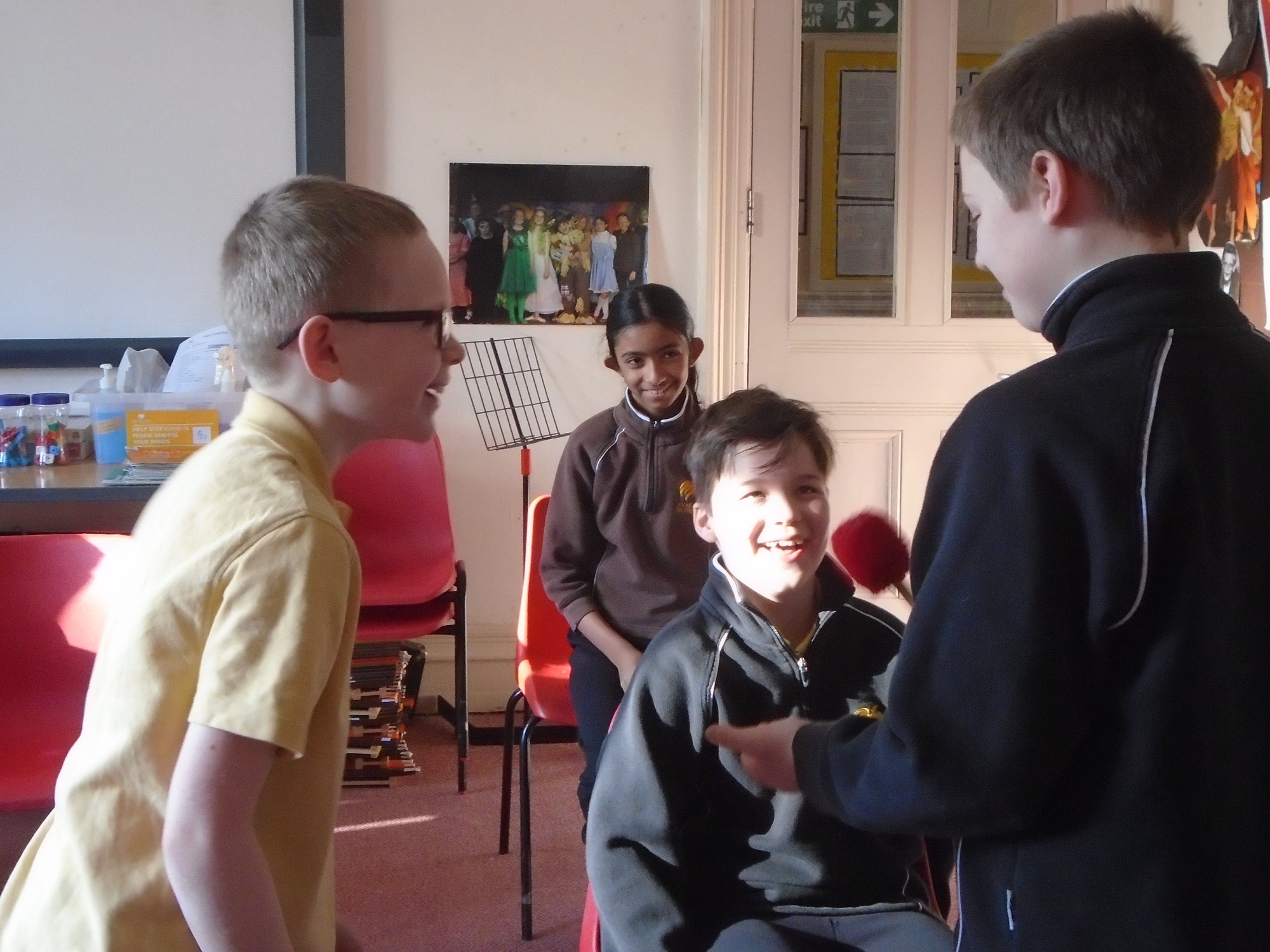 Year 6 have enjoyed the challenge of studying Skellig, a mysterious, intriguing novel by David Almond, this term. The main character, Michael, learns about nature, poetry and friendship in a story which has a strong theme of nurture.  To start with, the children wrote a story continuing from the beginning of the book, when Michael found the man/creature in the derelict garage. We then used the book's references to the poems of William Blake, to analyse The Schoolboy and The Tygre. Using Tygre as a model, the children wrote and illustrated their own poems about an animal of their choice.  One question which runs through the book (and is deliberately never answered by the author) is what is Skellig? A man, an angel, an owl, an evolutionary creature, something else or a combination? With great maturity, the children discussed this question, analysed text extracts and produced their own texts to explain their ideas.   Our last piece of Skellig-based writing was for the children to create their own benevolent, believable, hybrid character of their own and to write a story highlighting its qualities. To conclude, the children enjoyed watching the film of Skellig, using their knowledge of the book to compare the slightly different versions. 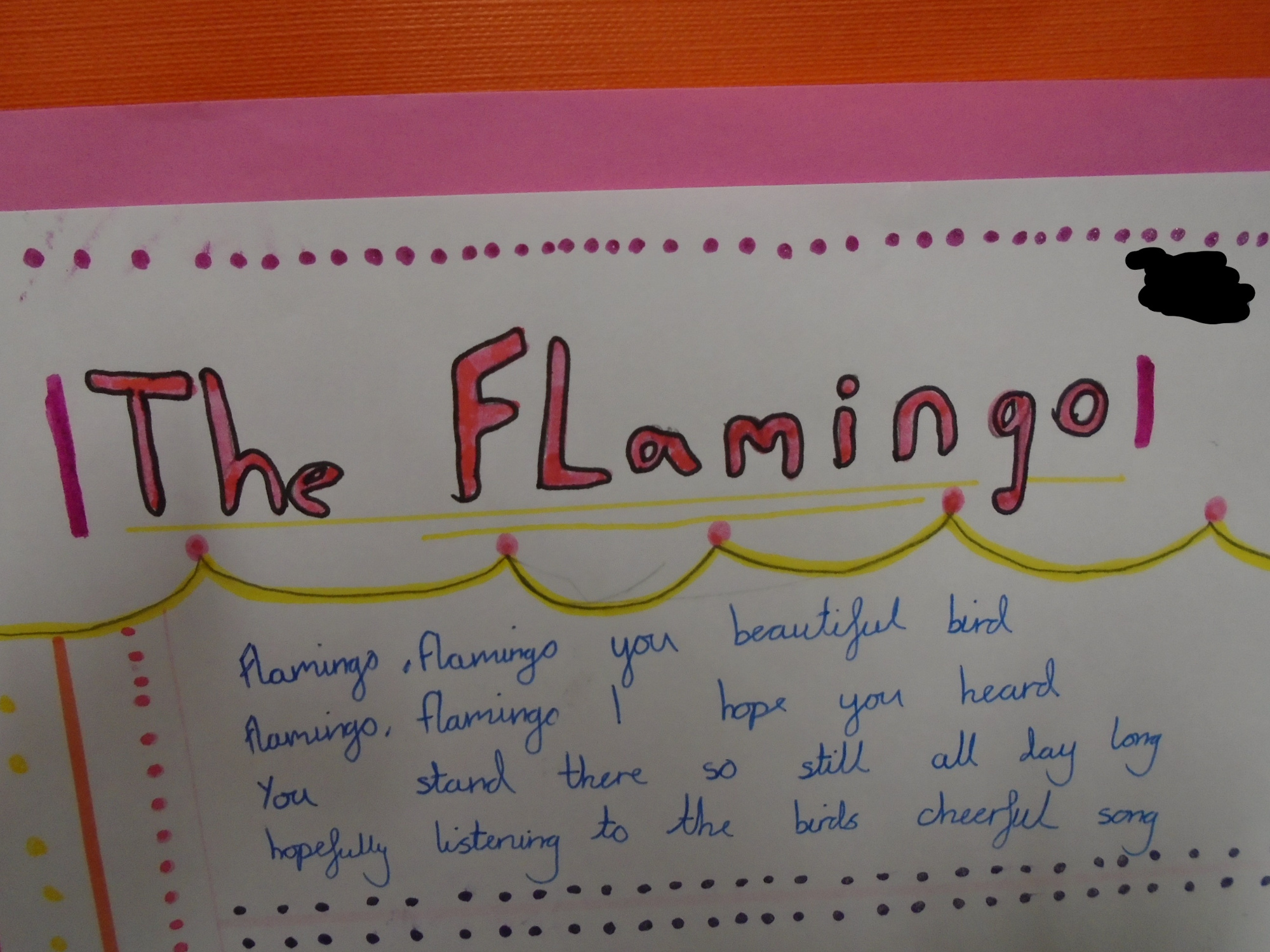 In their maths lessons, the children used factor trees to find the prime factors of a number. "Prime Factorization" is finding which prime numbers multiply together to make the original number.

We can't factor any more, so we have found the prime factors.

Once we had found the prime factors of 2 numbers, we were then able to calculate the LCM (lowest common multiple) and HCF (highest common factor) of these two numbers.  Challenging work, but the children worked with confidence and enthusiasm. 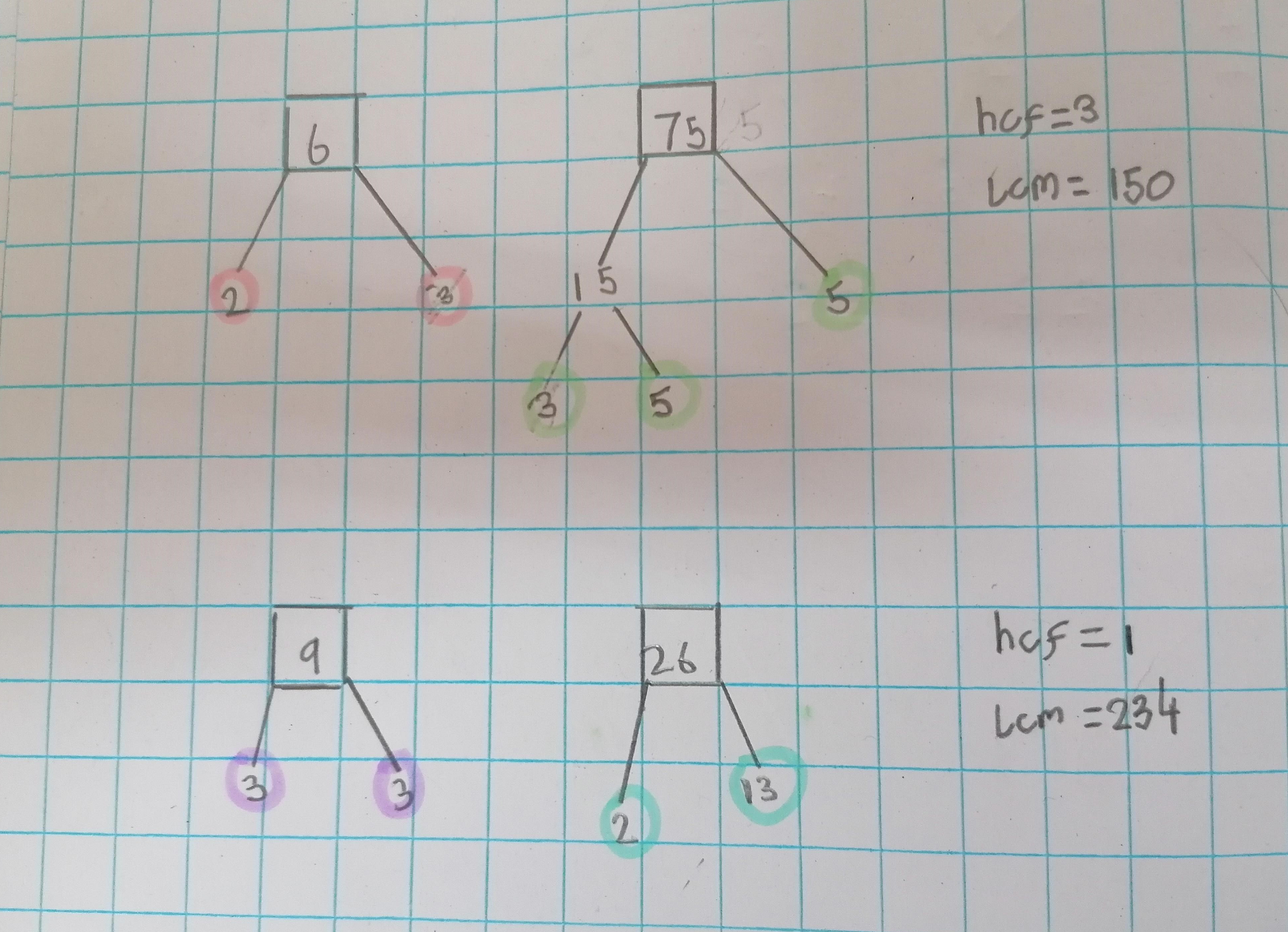 The year 6 children were set the task of planning a trip from Liverpool to 3 different cities before flying back to Liverpool. The only catch was that they could only use 10,000 miles to complete their journey. The team that got closest to 10,000 miles (without going over was the winner). The task was very challenging and really encouraged the children to use strategies such as estimation, reasoning and rounding alongside calculation. There was a great deal of trial and improvement and eventually, the winning team created a journey of 9952 miles which won the competition.

As part of our computing curriculum, we used "Lightbot" to apply the principles of coding but on an accessible level. Lightbot is an educational game for children that introduces several principles of programming. Children practised concepts like sequence, conditions, and loops without typing or using lines of code. The problem solving skills required were huge and it really tested the children's ability to use trial and improvement to achieve tasks. 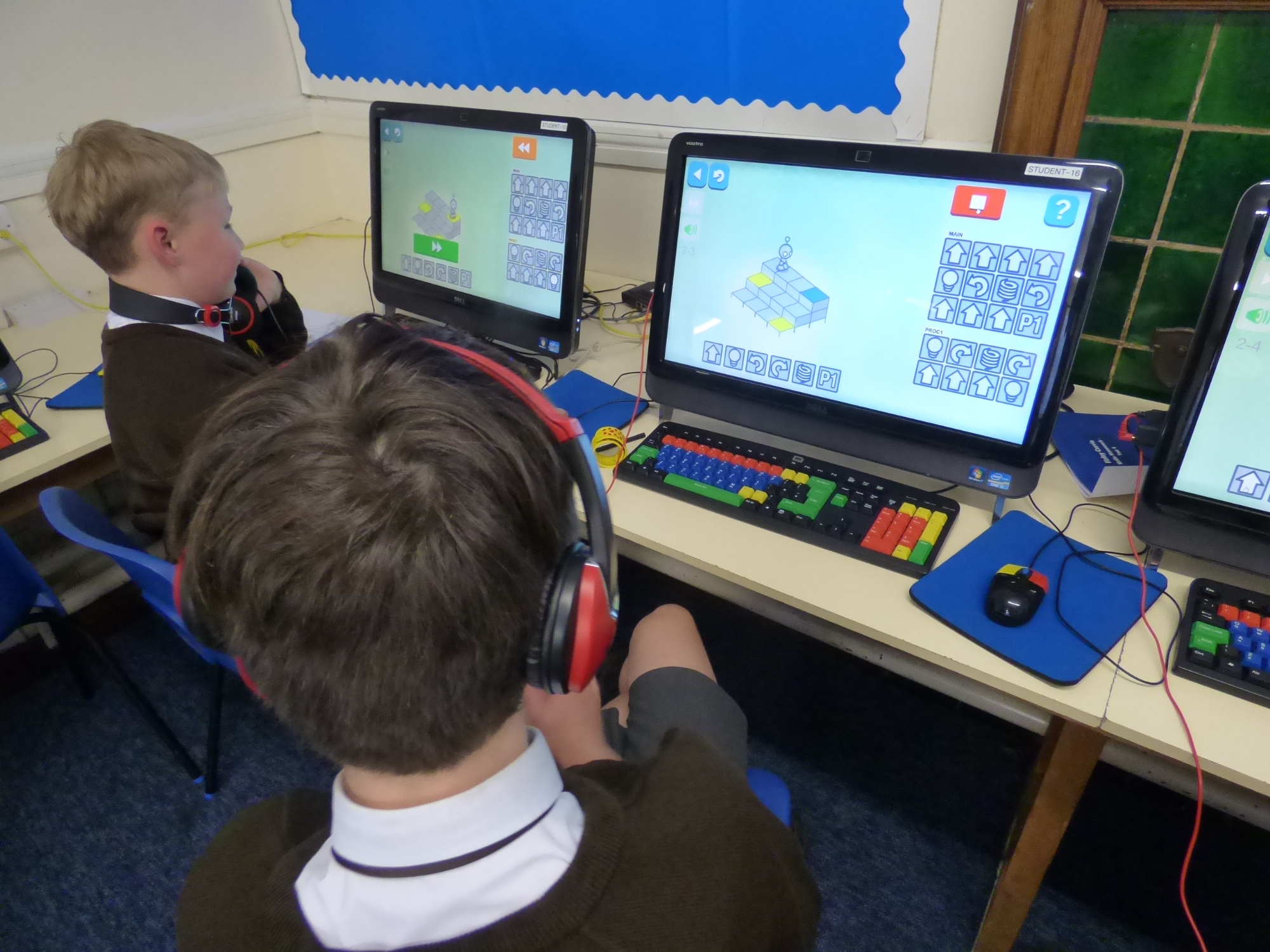 In RE, the children are looking at both ancient, and current belief systems. They are learning about different religions creation stories starting with the Aboriginal creation story. Some of the Art work created has been stunning. 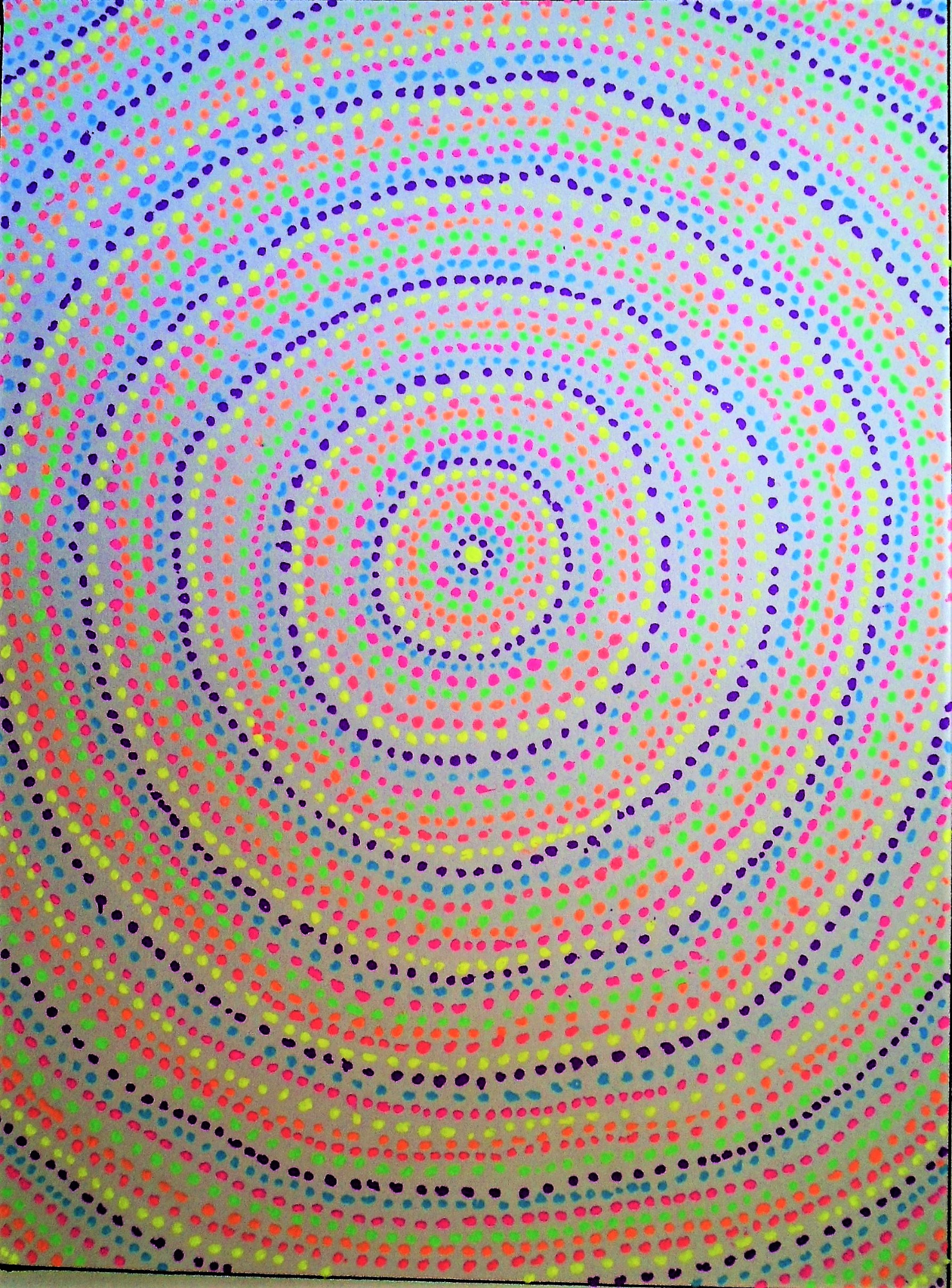 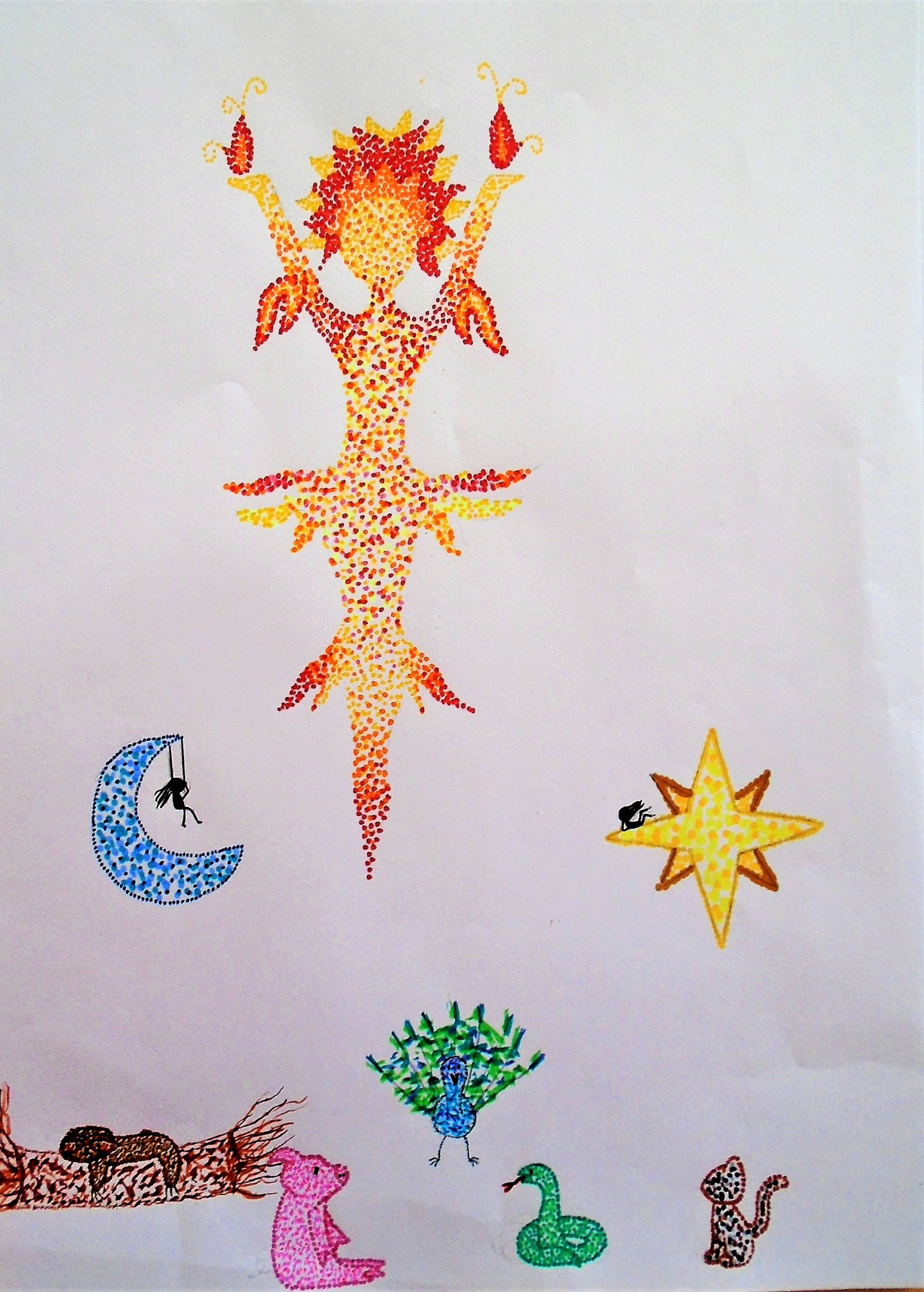 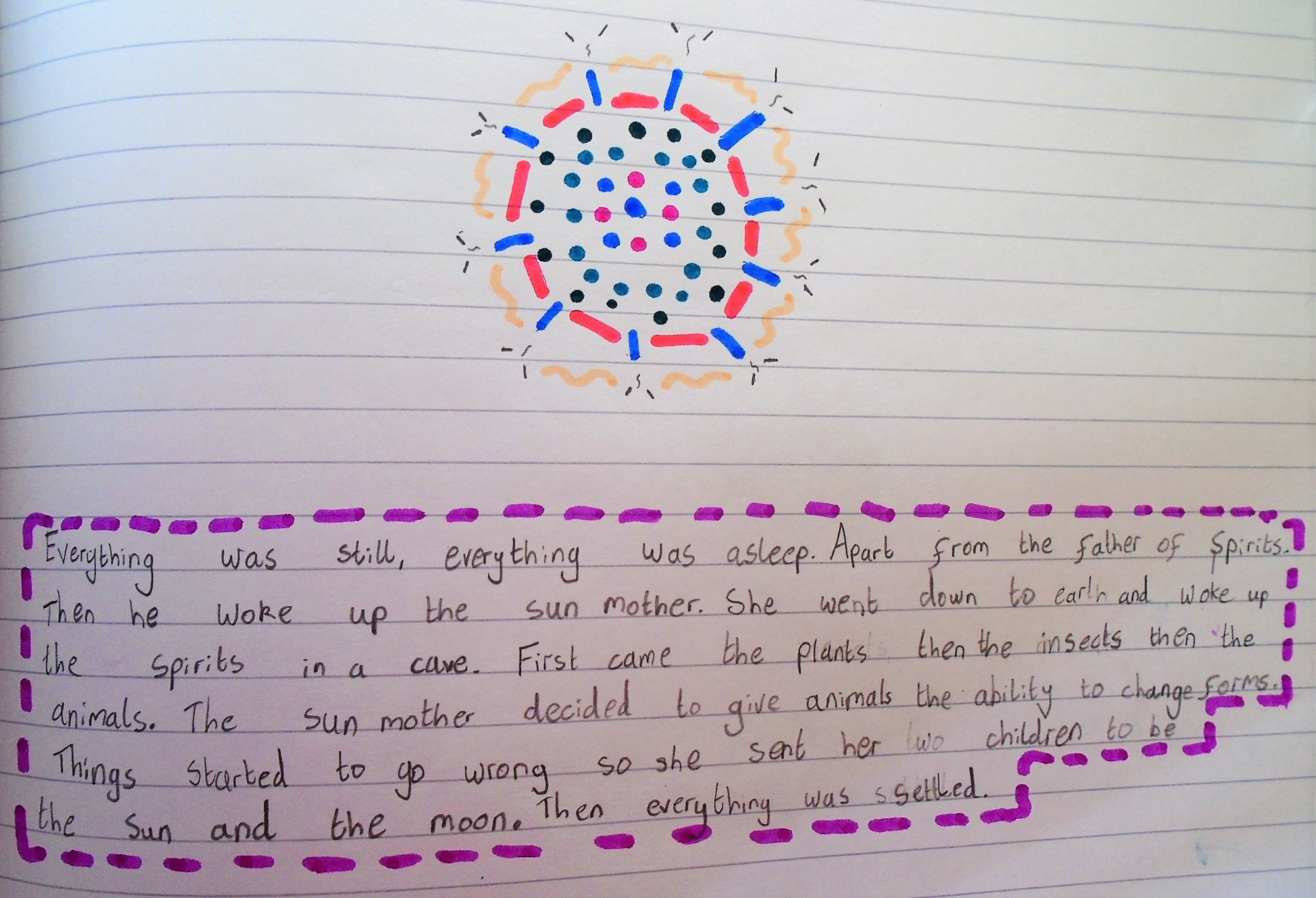 The Year 6 children have settled back into school well and continue to experience and enjoy a wide range of topics and activities. Music lessons continue to be a favourite for many, especially those who enjoy making  loud musical compositions. Having mastered the basics of drumming, the children enjoyed composing a drumming piece with a partner. They are ready for the challenge of learning drumming notation. 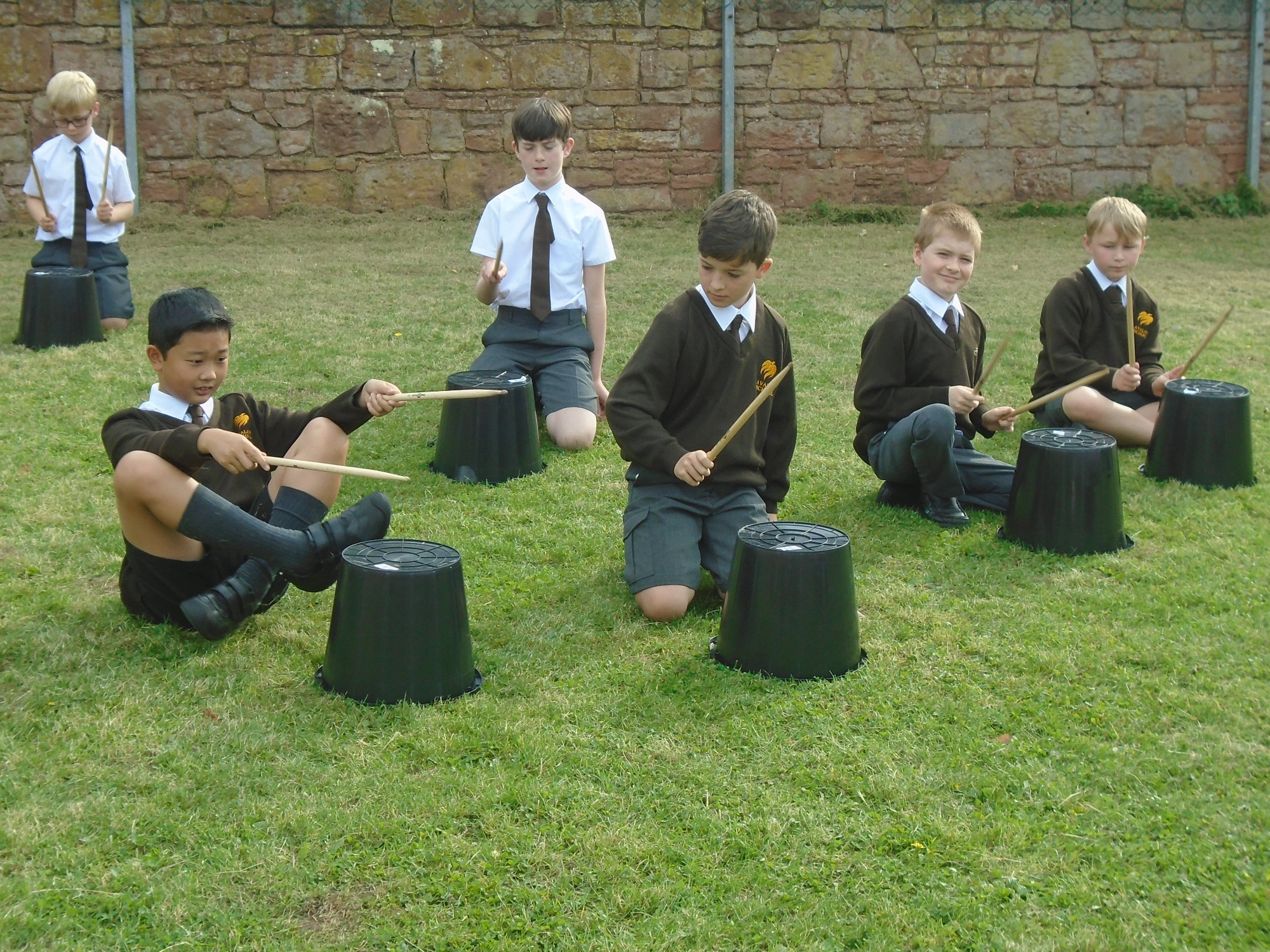