Year 4 enjoyed sharing stories with the younger children in Year 1 and taking part in a book swap! 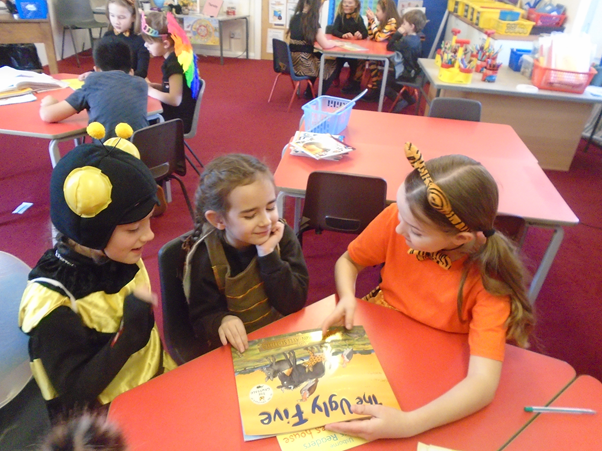 In science, year 4 children have been learning about the digestive system. Children played a ʻReady, Steady, Digest!ʼ game to demonstrate how a banana and chocolate spread sandwich passes through the digestive system. They used a variety of materials to illustrate what happens as it goes from our mouths to our stomachs to the intestine and then passes out the body. All children showed a super understanding of this and was able to discuss each step of the process afterwards.  See more photos in our class gallery. 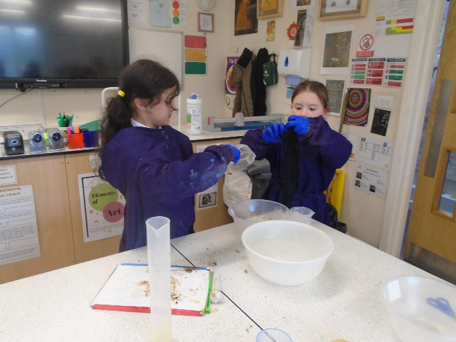 Over the past few lessons in History pupils compared another Ancient Civilization with Ancient Egypt. They have created and presented PowerPoints and posters in History as part of a homework project. Excellent ICT and speaking skills demonstrated, well done Year 4! 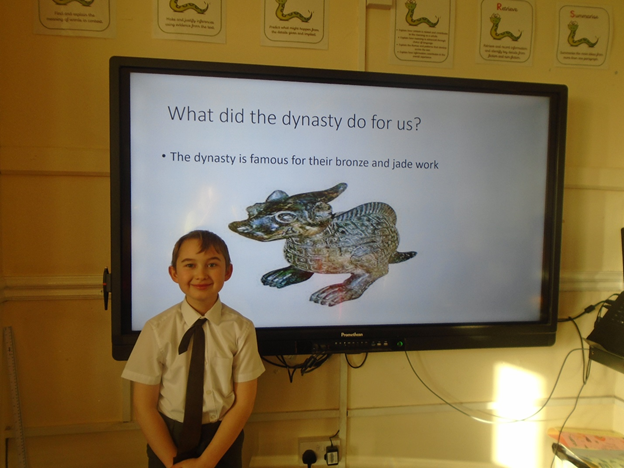 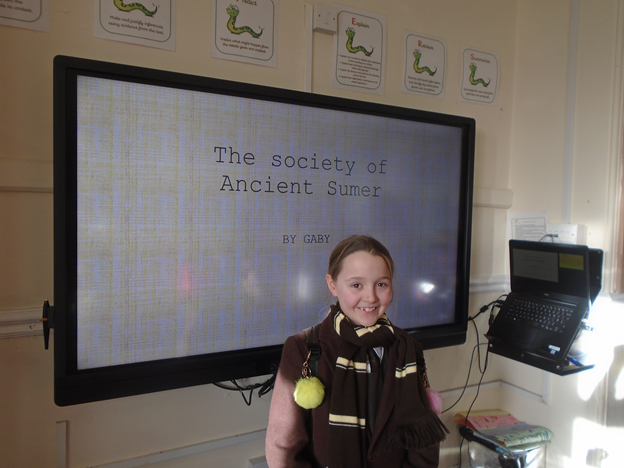 We hope you enjoyed Year 4's class assembly today on Martin Luther King! The pupils learned about the significance of his work and dream. In PSHCEE they thought about their own dreams for the future and ended the assembly by singing 'A Million Dreams' beautifully! A great effort Year 4! 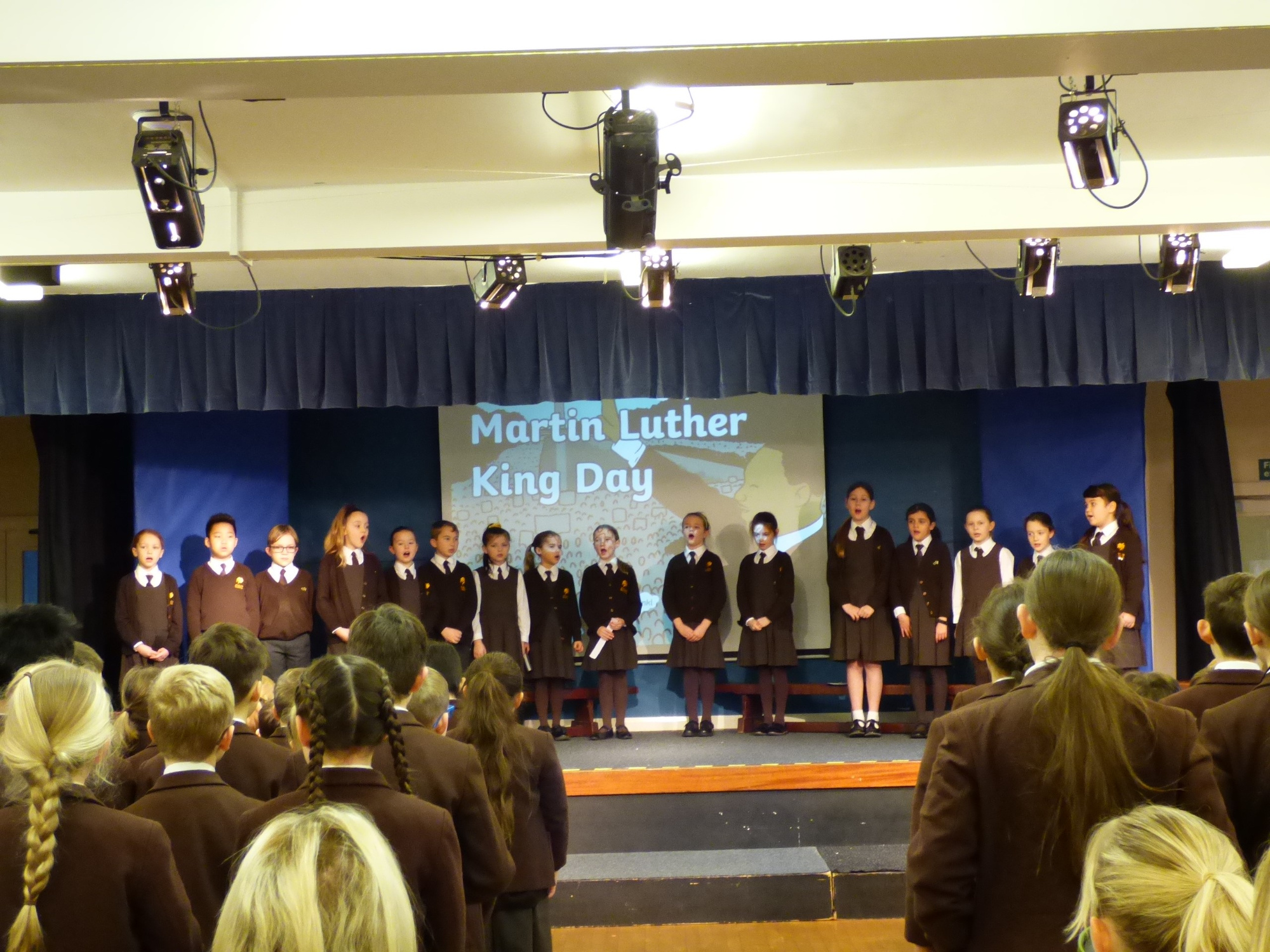 The children made the most of an inclement day during their P.E lesson and instead of the usual hockey and rugby lessons they did a lesson based on team building, cooperation, communication and agility.  The children had to work in teams to get from one end of the hall to the other using the stepping stones provided. The problems arose when they realised that they did not have enough stepping stones for everyone to cross in one go.  After a lot of practice and discussion they finally found the best way to get their team across the hall.  It was great fun and very informative.  They were able to analyse their own performance and to learn from their own mistakes as well as those of others. 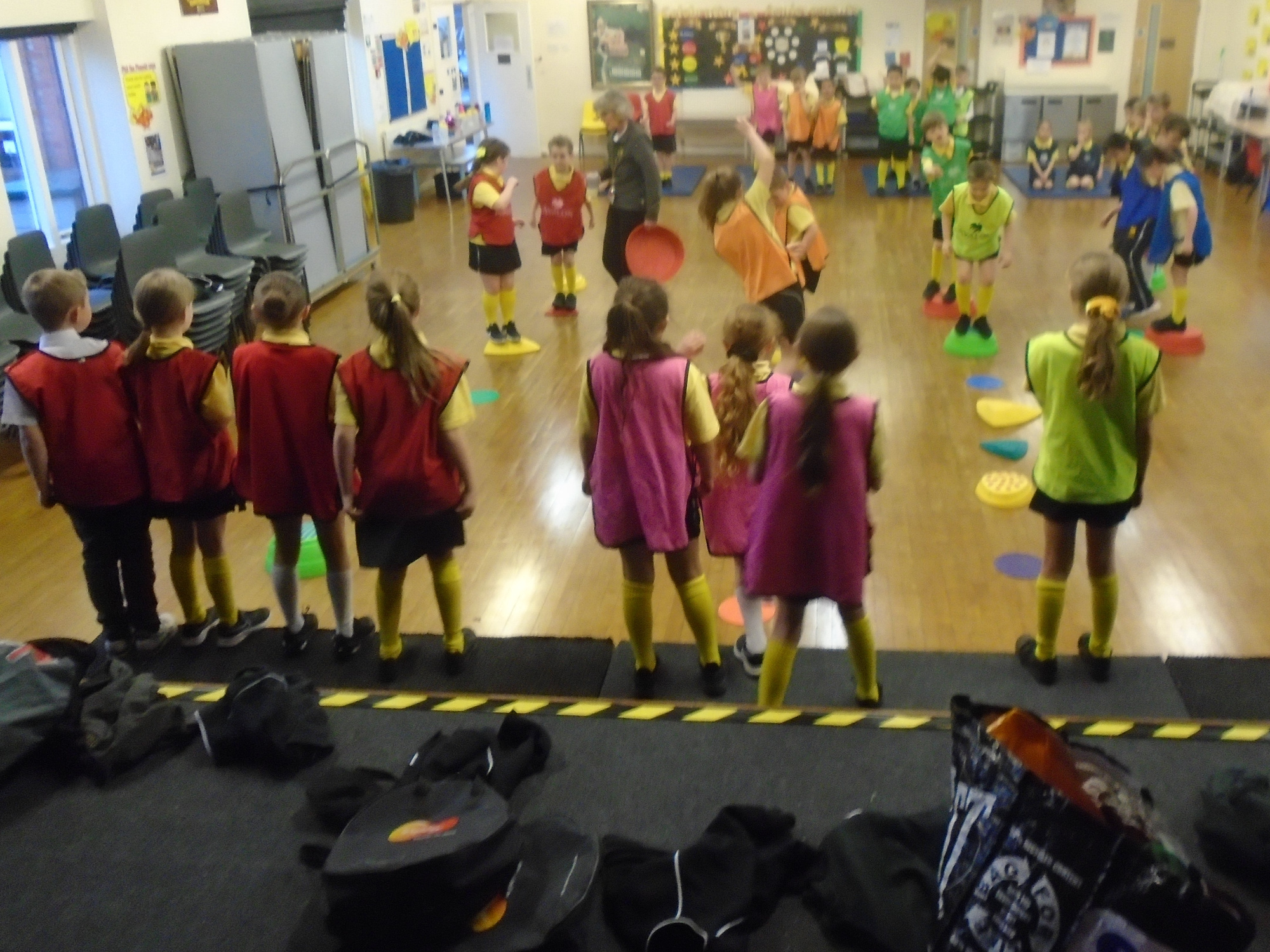 As part of our work on Egyptians, pupils have been conducting research on pyramids and presenting their findings to the class. It was wonderful to see such a range of individualised projects that the children were proud to show. Pieces ranged from colourful posters, to 3D models, alongside some animated PowerPoints! 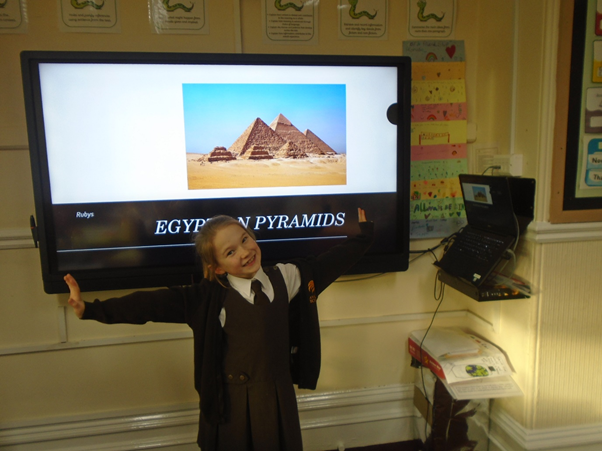 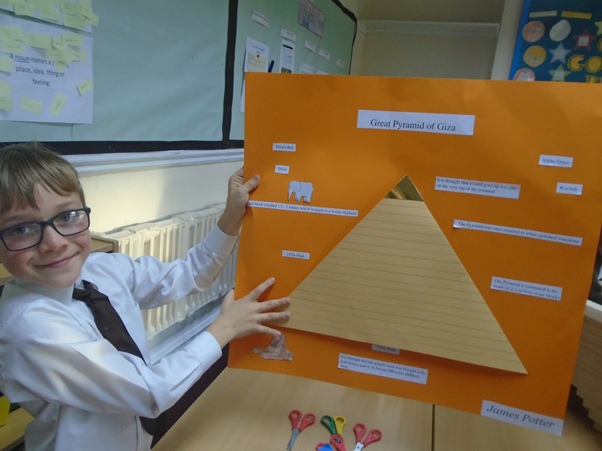 On Monday 11th November, Year 4 visited the’ Old Garden’ care home in Hoylake to share with the staff and residents their ‘Remembrance’ assembly.

The children performed the poem, ‘In Flanders Fields,’ sang ‘We’ll Meet Again’ and also shared what they had learned about ‘Remembrance Day,’ including why we wear poppies on this day.

Children and Avalon staff then enjoyed a very welcome drink and a delicious slice of cake, beautifully decorated with rice paper poppies.

Residents and staff at the ‘Old Garden’ commented on the beautiful manners and impeccable behaviour of all the Year 4 children who showed respect, kindness and empathy during the visit.  See more photos in our class gallery. 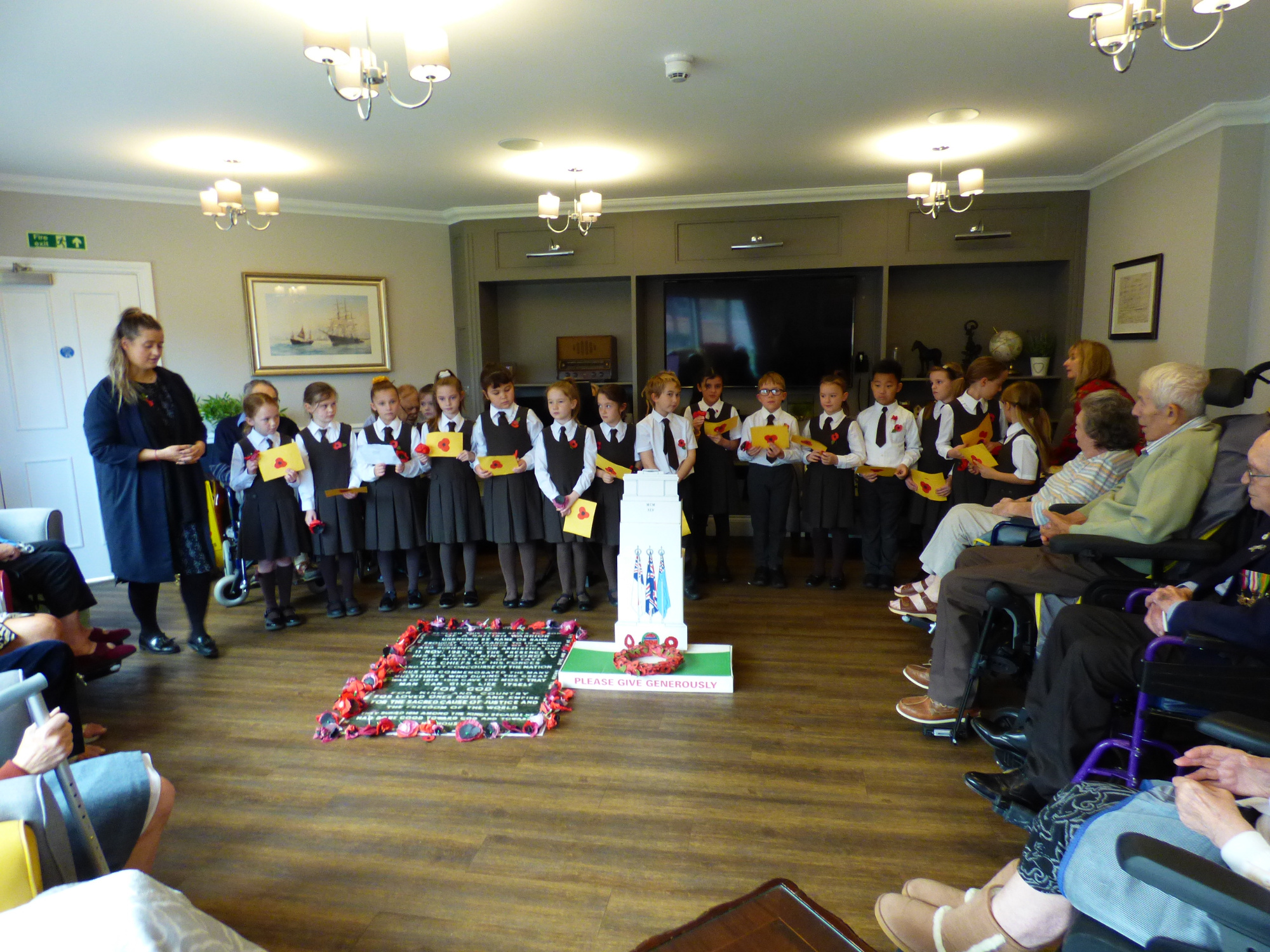 Year 4 have been taking part in a cross curricular science and history project.   They learnt about mummification of bodies in Ancient Egypt, then used the same techniques to mummify tomatoes in science.

So far the children have made an incision and removed the flesh and seeds from the inside of the tomatoes. They then cleaned the tomatoes to get rid of any micro organisms that may have been lurking. At this point the children weighed their tomato and took note of the pre mummification weight. They also took notes on the appearance and smell of the tomato.

Once their notes were taken the children packed their 'bodies' with an equal mixture of salt and bicarbonate of soda to represent the natron used by the ancient Egyptians. The tomatoes will now stay in their sarcophagus tubes for a fortnight of mummification. When we unwrap the tomato mummies do you think they will be the same weight? Do you think they will rot or be preserved? Do you think the colour or smell will change? Please let us know your predictions.   See more photos in our class gallery. 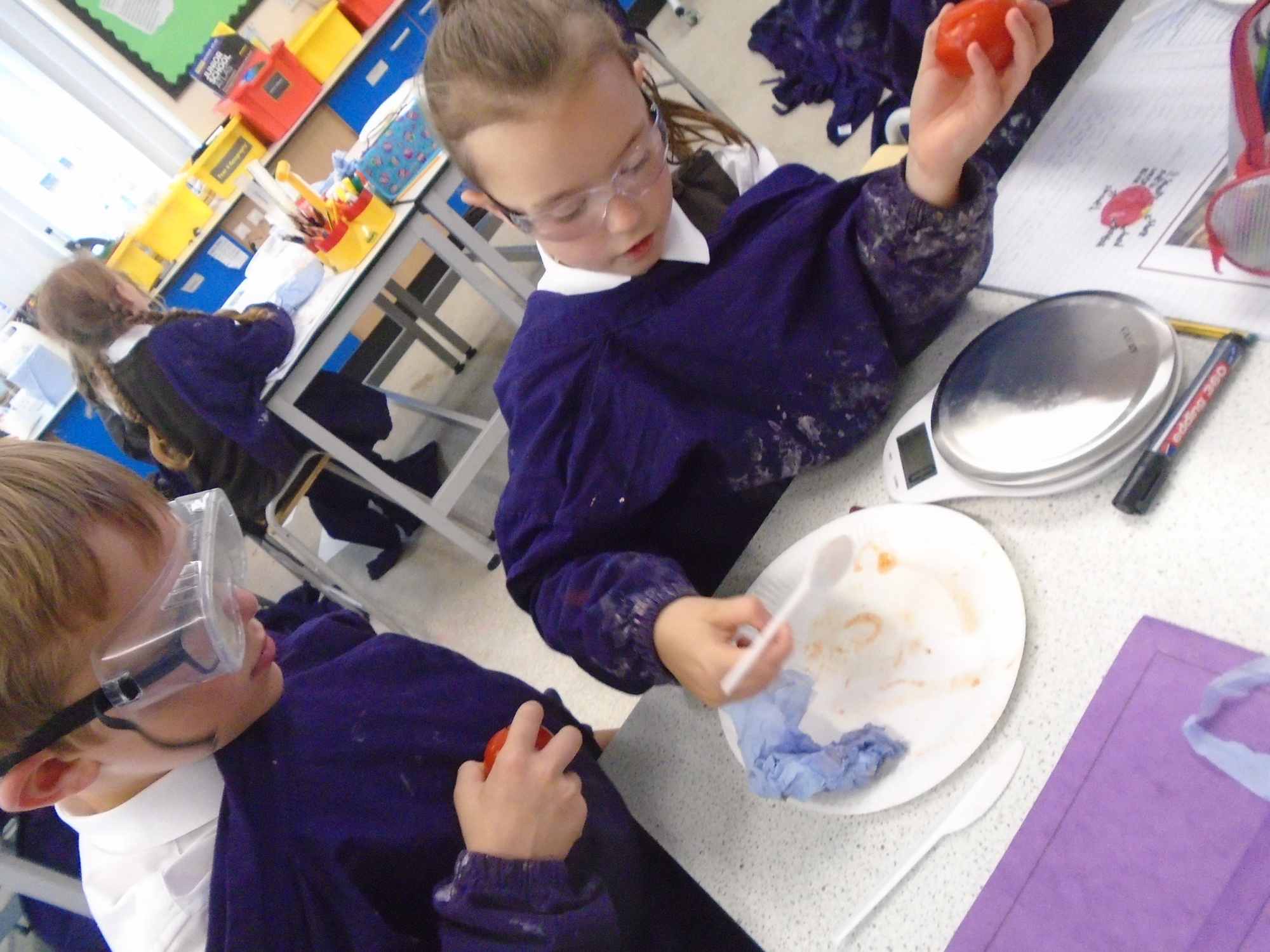