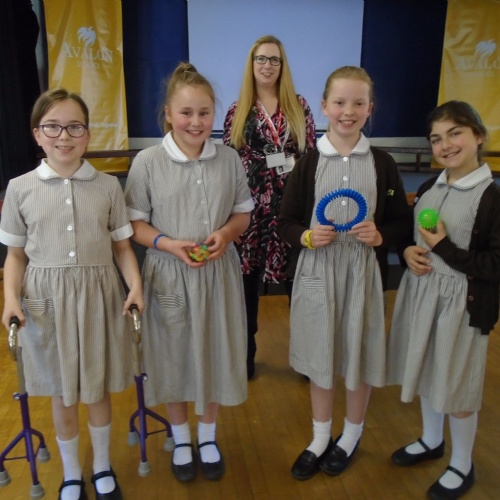 Hettie Miles from Stick n Step came into school to deliver an assembly about the charity she works for. The charity helps support children in the North West who have cerebral palsy. We are going to be collaborating with the charity on an "Enterprise Adventure" in the new Autumn Term and there will also be an opportunity for some of our children to visit the charity's centre in Liscard.

Stick 'n' Step works with children and young people with cerebral palsy, and their families, from all across North West England and North Wales.

The organisation is completely independent and receives all of its funding from the generosity of local people, communities, businesses and grant making trusts. They work with 72 children and families on a weekly basis during term time and it costs in the region of £4,500 per child per year to offer their services.