Pollution Patrol - The importance of NOT littering - Eco Club lead our morning assembly.

Eco Club took our morning assembly today to discuss the importance of not littering. In meetings, they have been talking about how some litter can be seen around school and how we could combat this. We began by finding some facts on what litter does, especially plastic litter in our oceans. Did you know there is a patch of litter in the Pacific Ocean called the Great Pacific Garbage Patch that is three times the size of France! Also, we dump 5-12 million tonnes (5-12 billion kilograms) of litter in the oceans each year!

Eco Club were really shocked with these facts and decided we need to start in school, so made the announcement to all the children in school to remember to put all of their rubbish in the bin and not leave it around the school grounds. A super assembly Pollution Patrol! 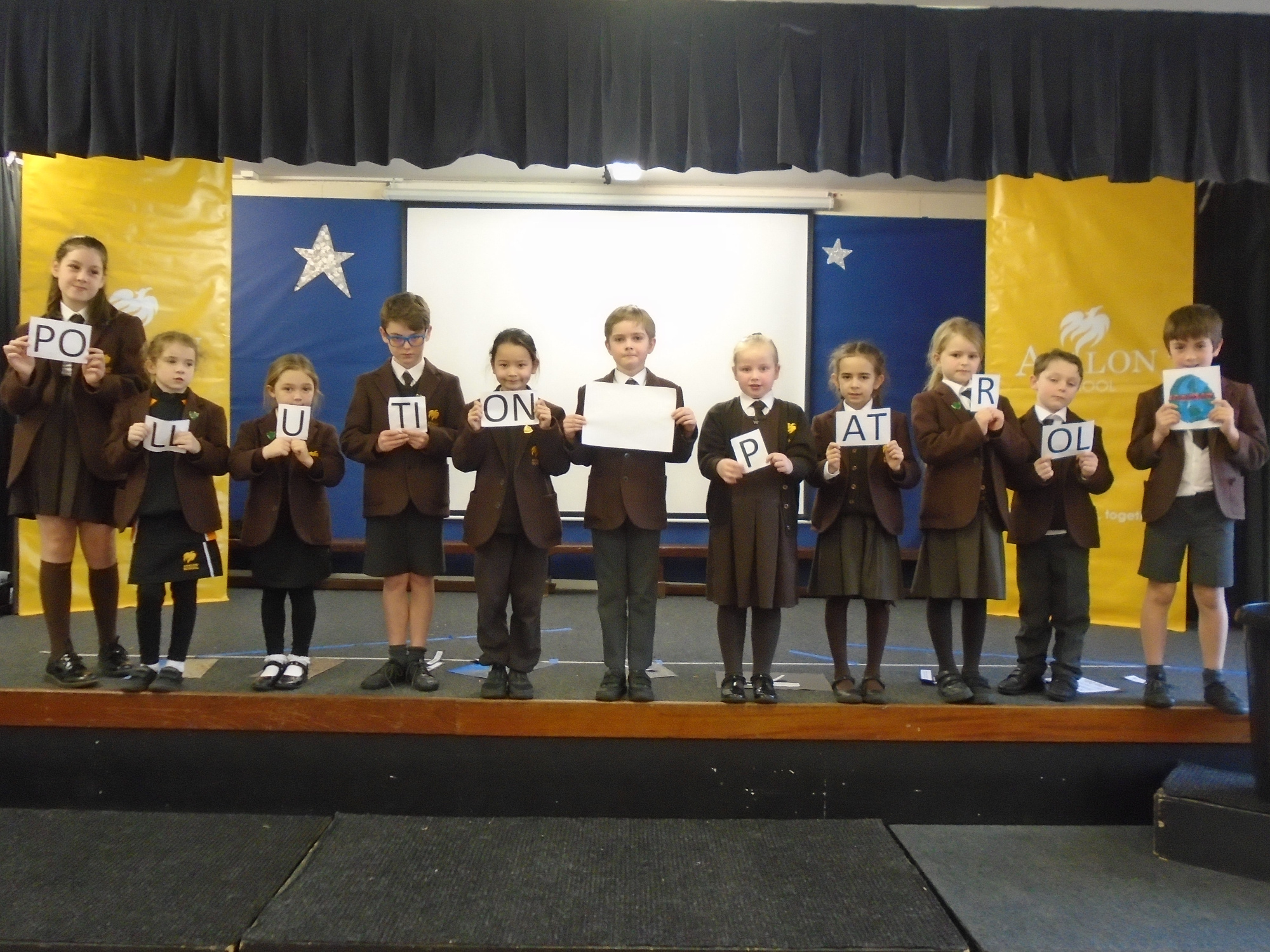